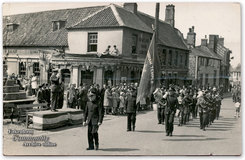 Click on image to expand
SH016. Fakenham Salvation Army marches through the Market Place.
Believed to be during the Queen's Coronation celebrations 1952

Click on image to expand
MW15. The Battle of Britain Parade - to Fakenham Parish Church - marches through the Market Place
on Sunday 16th September 1962.
From the left; the R.A.F. Association, followed by Fakenham British Legion branch and the Women’s Section. At the rear are members of Fakenham Fire Brigade.

Picture courtesy of Mrs May Willimott 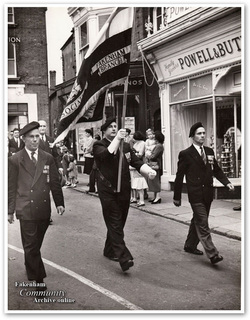 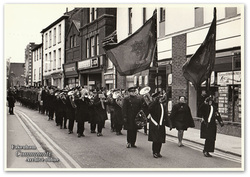