Pictures can be expanded by simply clicking on the thumbnail images

Personal memories associated with Hempton (Pudding Norton) Camp.
Mike Melnyk writes:
The pow camp was camp no. 82 at Hempton Green, Hempton, Fakenham
In 1947 around 8,000 men from the 14. Waffen grenadier division der SS (known as the 'Galician division' ) were brought to Great Britian from a POW enclave in Rimini, Italy. On arriving in Britain the Ukrainians were split up and sent to several different camps the largest number going to Hempton Green which housed 1001, later this number reduced to around 875.

The Ukrainians were contracted to work by the Ministry of Agriculture, and spent their time employed in agriculture on local farms.
They were released from this camp in September 1949. A few men remained living at the camp on the site including Alec Tetic and Omelian Wawryk.
A small number settled nearby in Norwich including my father Petro Melnyk

Rosemary Bennett (nee Staveley) writes:
My brother and I lived at Pigs Pond, East Raynham and both have memories of the Germans coming to work in the woods there, and making us toys - I still have a very battered wooden dachshund!


Bill Smith writes:
My dad was a POW at this camp one of the "infamous" 40K transferred from a POW camp in Rimini, Italy. Initially landing in Middlesborough before arriving in Fakenham. they were Ukrainians. He described conditions at the camp as a bit harsh initially with hunger strikes etc but gradually conditions eased.
He described the fact they were at liberty to go into town once a week and experience such delights as fish and chips, post end of war 1945.
The work they participated varied from Farm work to mine clearing and all the dangers that included. Some time around 1947 maybe a little earlier he was released on licence like a prisoner would be from jail,
He met my mother in the Abbey Gardens in Bury St Edmunds who was obviously swept off her feet by his being tall, having blonde hair and steel blue eyes, but I can't actually say I know that to be fact. He eventually settled in Stowmarket Suffolk, I am one of a family of six, He lived worked and died there in 1997. He managed to get in contact with his family via the red cross & I eventually went to the Ukraine to meet his sister and brother and several cousins.

​My memories of The POW Camp at Pudding Norton - Michael Yarham
I understand that the Camp closed in 1948 or 1949, and I was born on the last day of 1941. To have memories from that time, I would probably have been six or seven years of age.
Unfortunately, I have no record of my father's employment at that time, but suspect that he was employed at the camp for two or three years until it closed, as this would have been considered as good job to have, and one to hang-on to. I know my father held a PSV Driving Licence, and had previously driven buses and lorries from Wells, so this was probably a factor in his appointment as one of the 'Gangers' (or drivers) at the camp - which involved transporting and supervising groups of prisoners to work on various farms in the locality.
We were living at Great Walsingham at the time, and can recall my father leaving early in the morning to travel to Hempton in his unreliable 1937 Austin Seven. I think this is why he often came home after work with an ex-WD Bedford Army Lorry from the camp, which had to be parked on the village green. Imagine having this machine to play in after teatime!
I can remember being taken to the camp by my father at various times, in the Austin 7 and also in the Army Lorry, but this was very much a covert operation. Being told to get down in the foot-well of the car or lorry as we approached the entrance gate, hearing voices, and then having to stay there until the passenger door was opened after being parked-up. Then it was a case of making a swift crossing to one of the huts. Clearly, it was against the rules for unauthorised persons to be on-site!
My father worked under the direction of a Supervisor, always referred to as 'Mr. Bush', who came from Norwich. There was clearly an accepted code for addressing camp personnel operating at the camp, although I cannot recollect seeing anyone in uniform. Mr. Bush was a well respected man. My father became friendly with another 'Ganger' at the camp called Joe Norris, who liked to go fishing at Holkham Park with my father at weekends. I think he lived at Helhoughton. I called to see him at his home in Jubilee Avenue (Fakenham) in the late 80's when he was unwell, and after my father had died. He was moved to tears when I explained who I was.
I knew the POW's were German, Italian and from the Ukraine, and most were very friendly and talked to me. I remember the names Hans, Karl and Otto. They seemed friendly with my father and called him 'Mr. Hubert'. Everyone smoked cigarettes, my father and the prisoners. The prisoners were desperate for them and would make things for my father or for toys for me, all to be paid for with cigarettes. For my father, they made two decorative cigarette boxes with intricate inlaid pattern veneer woodwork, a cigarette lighter from salvaged aluminium material, and one of them gave him two oil paintings. I was given two large-scale model aircraft made from wood; one a Flying Fortress, the other a Liberator. They had aluminium propellers that revolved in the wind, and the detailing was amazing, all painted in authentic colours and insignia. My father mounted them on tall posts in the garden as wind-vanes. I remember being with the POW's in their large Workshop building, where they would be making all manner of tools, toys, and gadgets.
Getting up early in the morning on school holidays meant I would be taken on a lorry driven by my father, to go out with the POW's to work on the land. I remember picking potatoes in a field somewhere and helping one particular POW fill his sack.
They had to wear patches on their back of their jackets to make them conspicuous. I think they were round or diamond shaped, bright yellow or orange in colour. I asked my mother to sew a similar patch onto the back of my jacket to match!
On two or three occasions, I recall a POW coming to our house on a bicycle for lunch - this would probably be on a Saturday. I'm not sure whether this was always the same POW, but I can recall my father telling my mother that this man didn't want to return home to the GDR (Russian Zone) when the camp closed, because of conditions there. He asked if my father could find him a job, and whether he could live with us for period, but this did not materialise.
After the Camp closed, one of the prisoners (Karl Thum)* wrote to my father, and they communicated by this means for a few years. He would write a few lines in English, and the rest in German, and at that time it was not so easy to get things translated, so communication ceased. When older, I read some of the letters and in the 60's I wrote to Karl, and he remembered me! He was living in Tirschendorf, a remote rural area in the GDR and conditions were hard. We exchanged photographs of our families, and one Christmas he sent us a Christmas cake and a shirt for my father.
He wanted me to visit him in East Germany, especially after I had told him I had spent a holiday in Remagen, West Germany.
I still have some of his letters, also the photographs, and wish I had maintained the correspondence, and gone to see him. He would now be in his 90's if still alive. Writing this and revisiting the memories has prompted me into thinking of writing to his address - he had a son, just to see if I get any response!
(* this may have been the POW who didn't want to return to East Germany) 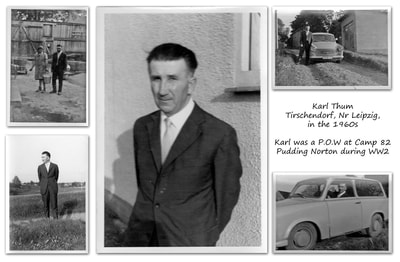 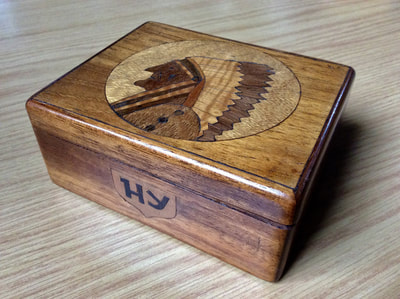 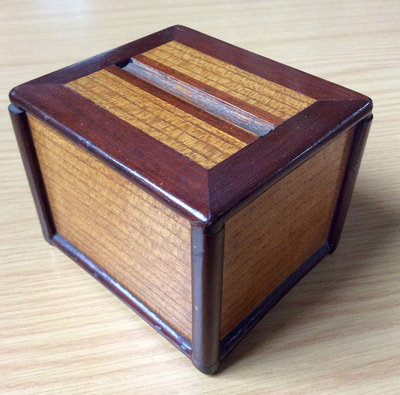 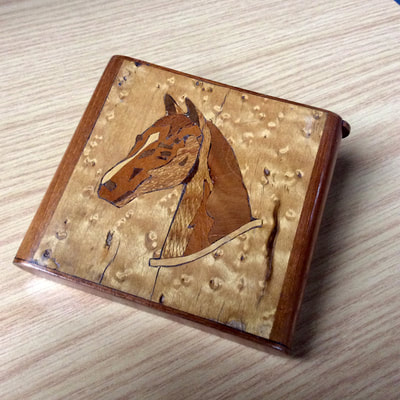 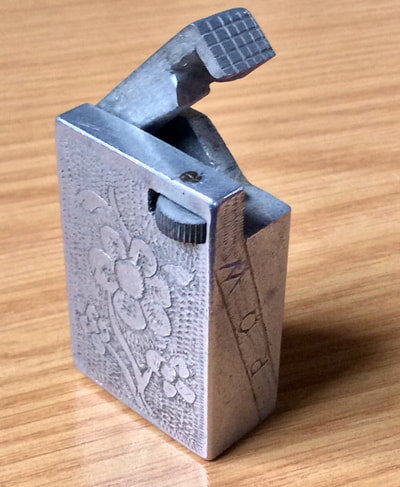 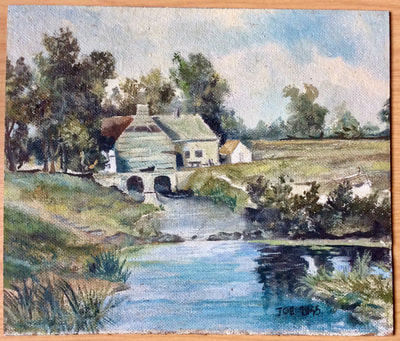