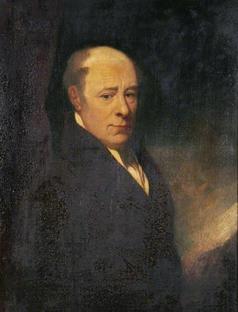 Born in Holt Road, Fakenham, Robert Seppings was the fourth child of Robert Seppings senior and his wife Lydia. His father was a cattle trader, but his business did not prosper and, as a result, young Robert had to contribute to the family's income by carrying letters to a neighbouring town on a mule.  Seppings’ future prospects changed when after his father’s death, he was adopted by his uncle (John Milligan), a retired naval captain living in Plymouth.

In 1782, Captain Milligan apprenticed his nephew Robert, then fifteen years old, as a working shipwright in Plymouth dockyard.  Robert rapidly acquired a deep interest in his profession and displayed his potential as an inventive genius in his field.  In 1800, when he had risen to be master shipwright assistant in the yard, he invented a device which, as compared with the laborious process of lifting then in vogue, greatly reduced the time required for effecting repairs to the lower portions of ships in dry dock. His plan was to make the keel of the ship rest upon a series of supports placed on the floor of the dock, each consisting of three parts - two being wedges arranged one on each side of the keel at right angles to it, with their thin ends together, while the third was a vertical wedge fitting in and supported by the lower pair. The result was that it became possible in a comparatively short time to remove these supporting structures by knocking out the side wedges, when the workmen gained free access to the whole of the keel, the vessel remaining suspended by the shores. Soon, his creation became commonly known as "Seppings Blocks."

For this invention Seppings received £1,000 from the Admiralty, and in 1804 was promoted to be a master shipwright at Chatham. There, in spite of the resistance to innovation displayed by the naval authorities of that period, he was able to introduce important improvements in the methods of ship construction.  In particular, he increased the longitudinal strength of the vessels by a system of diagonal bracing and modified the design of the bows and stern so that they became stronger, not only offering better protection than the old forms to the crews against the enemy's fire, but also permitting a powerful armament to be fitted. 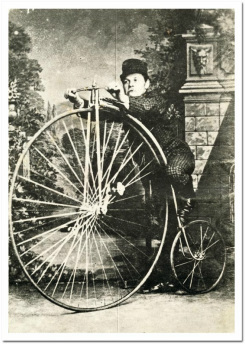 John Garrood came from a family of inventors and engineers.  His father was an engineering blacksmith
and owned the Lancaster Works in Fakenham. John grew up in Fakenham, cycling from Fakenham to King’s Lynn during his apprenticeship with Dodmans Engineers in King’s Lynn.  When he qualified he worked at Armstrong’s Engineering Works in Newcastle-on-Tyne. After some years he joined the merchant navy as an engineer, later setting up his own cycle works near Boston, Massachusetts, where he married and had one daughter, Marion. His wife died only seven years after their marriage.

On his father’s death he sold his business in America, returned to Fakenham with his daughter and set up Garrood’s Cycle Works in his father’s old premises.  Garrood’s inventions greatly improved bicycles – he made grips for the pedals and invented tubular metal forks, making bicycles much lighter and more efficient to ride.  He was a well-known cycling enthusiast with the Cyclists Touring Club, once cycling to London and back with his dog beside him.

Garrood’s Cycle Works were situated at the north end of Wells Road, adjacent to the current Highfield Road car park.

John Cousins Garrood is commemorated on the Fakenham town sign by a penny farthing cycle. 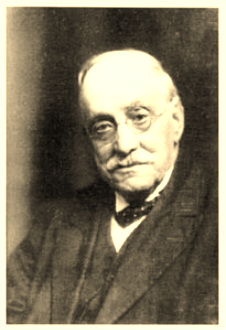 Born in Marsham in 1850, George Edwards never went to school but started work when a boy, crow scaring on a farm. He then worked in a brick kiln and then as a Primitive Methodist. Devoted to the lot of the farm worker, in 1906 he became secretary of the Eastern Counties Agricultural Labourer's Union, based in Fakenham, and also helped to found St. Anthony's Roman Catholic Church in 1909.  He was elected M.P. for South Norfolk in 1919 and knighted in 1929.  He spent his last years living in Queens Road, from where he campaigned to establish the playing field opposite the house and the cemetery next door, where he was buried in 1933.